Trailer video for the 2016 World Cosplay Summit which will be held on July 30 to August 7 in Japan. The video shows some history of the convention, plus clips from the cosplay competition (presumably from 2015), parade and side events. The WCS is held … END_OF_DOCUMENT_TOKEN_TO_BE_REPLACED

Video of the cosplay parade at World Cosplay Summit (WCS) in Nagoya, Japan. Hat tip to Hakuto0505 for the interesting clip. Heaven for cosplay fans lol... WCS was started in 2003 as a promotion event for Aichi Expo 2005. The event has grown so big over … END_OF_DOCUMENT_TOKEN_TO_BE_REPLACED 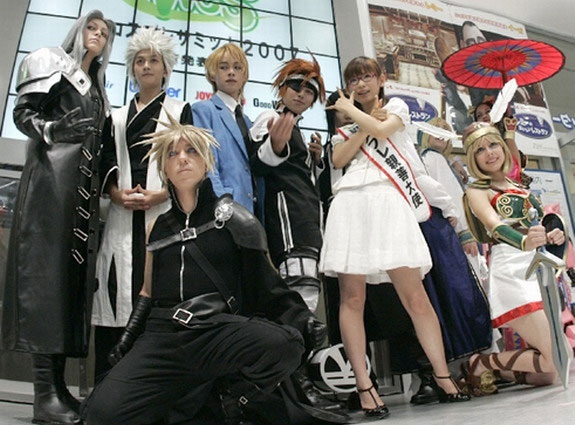 Cosplay fans from around the world gathered at a news conference in Tokyo on August 1 ahead of the World Cosplay Summit 2007. The annual event is moving into its fifth edition in 2007. The summit will be held in Nagoya this weekend. More about the press … END_OF_DOCUMENT_TOKEN_TO_BE_REPLACED