A group of female students in Taiwan’s Jen-Teh Medical School took part in a ‘death ceremony’ of themselves to learn to appreciate life. 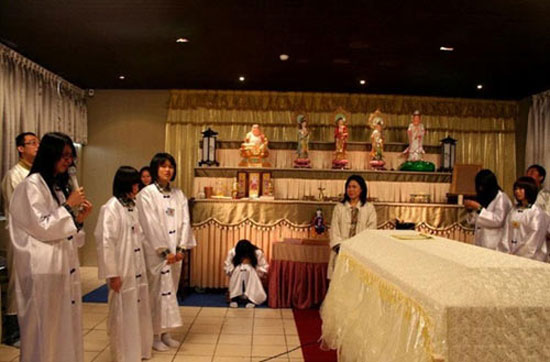 The 10 students took part in the special course (under professor’s supervision) in which they were dressed in funeral shrouds, and were asked to write their death-will and read it out loud before being ‘buried’ in a coffin for 10 minutes. 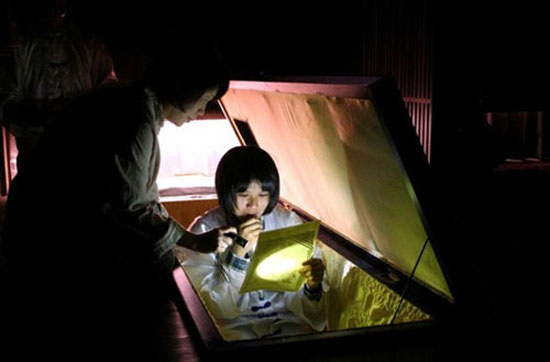 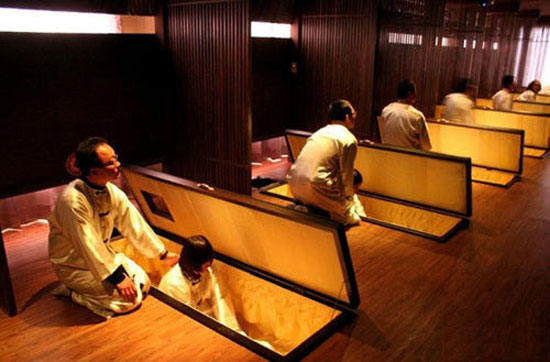 They probably got the idea from the Thai’s coffin ritual (which was adapted into a popular horror movie) in which the participants would be cleansed of their past and ready for a new life, according to those who believe.

The students who took part claimed that they felt great to be ‘alive’ after the ceremony and will appreciate their life more. Image via Xinhuanet [Cn].