Interesting culture and places in Hue, Vietnam; as featured in the 3rd episode of The Amazing Race Asia (TARA) season 3.

Huế is a historic city in central Vietnam and was the imperial capital of Nguyen Dynasty (1802-1945). Hue is located about 1100km from Ho Chi Minh City, Vietnam’s capital city. It took about 25 hours of bus ride to travel from HCMC to Hue.

The Complex of Hue Monuments is listed as a UNESCO World Heritage Sites; the complex comprises of 16 historic monuments from the Nguyen Dynasty. Among the monuments that featured in The Amazing Race Asia were the Khai Dinh Tomb, Minh Mang Tomb and Hue Citadel (the pitstop). 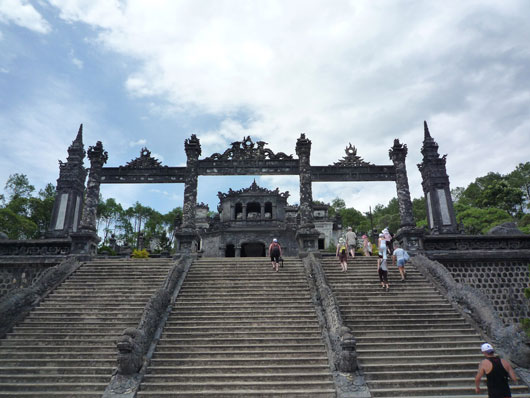 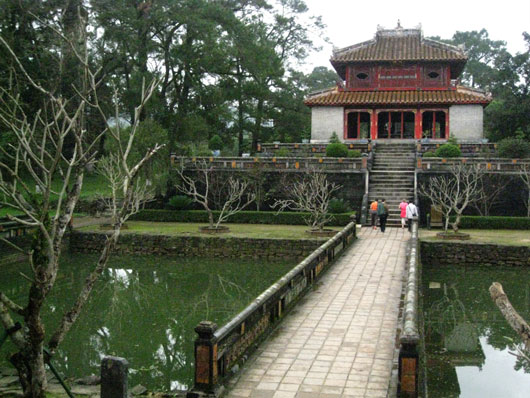 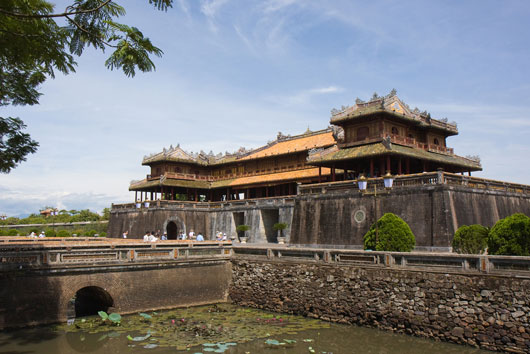 The entrance of Hue Imperial Citadel (Image from Marcel)

Cyclo, or rickshaw, can be found in the major cities in Vietnam. I think most of the locals are not using it though; it’s more for tourism instead. I had a ride in Old Quarter during my Hanoi visit in July 2008; but the racers didn’t have the leisure as I did, as they were required to maneuver the cyclos instead. 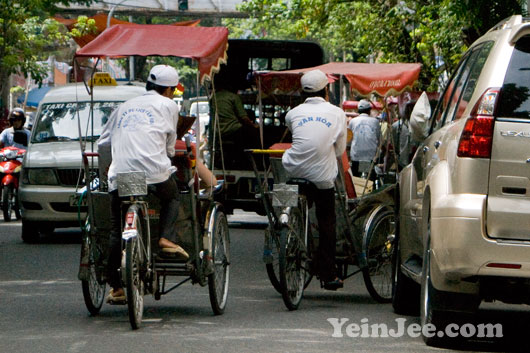 Cyclos in Hanoi, taken during my Vietnam tour in July 2008

One of the most boring episodes in Amazing Race Asia history. Malaysian team Bernie and Henry came in first place for the second week in a row, while Thai beauty queens Natalie and Pailin were last and eliminated.

This will be the final year of my 30's. Time flies, and it seems to fade faster as one gets older. This post is a bit of recap of my adult life and some future … END_OF_DOCUMENT_TOKEN_TO_BE_REPLACED

Trailer for American film Top Gun: Maverick, a sequel to 1986's Top Gun. Beautiful is not the usual word to associate with action movies, but I cannot find a better … END_OF_DOCUMENT_TOKEN_TO_BE_REPLACED

Malaysia will be in lockdown from March 18 to March 31, 2020, to deal with the Covid-19 situation. Officially it's a Movement Control Order (MCO) but it's … END_OF_DOCUMENT_TOKEN_TO_BE_REPLACED

Korean pop idol Sulli, former member of girl group f(x), was found dead at her home on Monday. Authorities are investigating the cause of death, and it's presumed … END_OF_DOCUMENT_TOKEN_TO_BE_REPLACED

Singapore has imposed the circuit breaker measures to curb the spread of Covid-19 since early April. They announced an extension (until June 1) and some new rules a … END_OF_DOCUMENT_TOKEN_TO_BE_REPLACED

A cute photo series amidst the Covid-19 lockdown in Malaysia. Armed forces are present to assist the police to enforce the Movement Control Order (MCO) across the … END_OF_DOCUMENT_TOKEN_TO_BE_REPLACED