Interesting culture and places in Taipei, Taiwan; as featured in the 4th and 5th episode of The Amazing Race Asia (TARA) season 3.

Ximending is one of the most bustling areas in Taipei with a mixture of new and old culture.

You can find the latest trends and hype in Ximending… fashion, books, entertainment, cosplay, games etc; and on contrary also home to some of the oldest shops and restaurants in Taipei.

Ximending is also a popular place for celebrities to hold fans meeting or small concerts. 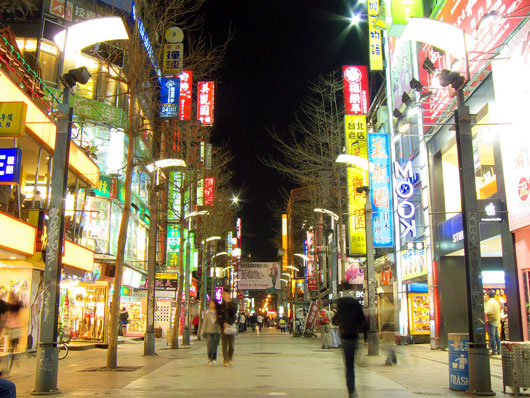 Ximending in a relatively quiet night (Image by Kok)

The Miniatures Museum of Taiwan is the first museum of its kind in Asia. As the name indicates, it’s a museum that displayed miniature artwork.

Was longing to visit the place during my Taiwan trip in May 2008, but couldn’t fit the place into my tight schedule. 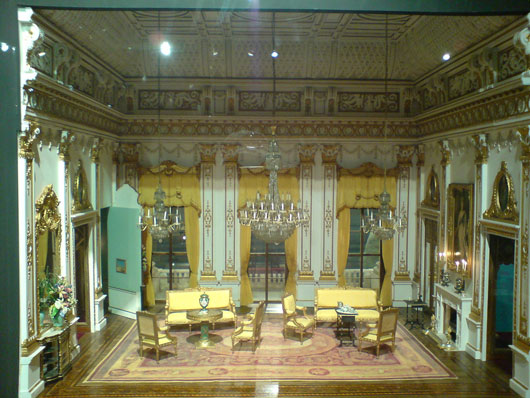 The room and furnitures of this picture is like 0.1% (or even smaller)
of the size of real world items (Image by Susan)

Raohe Night Market is a popular night market in Taipei, famous for its snake delicacies and exotic food. I got to visit this place last time, but I was pretty late when I got there… most of the food stalls were already closed.

Shenkeng is a rural township in southern Taipei county, and is famous for its tofu restaurants. The contestants were challenged to eat a large pot of stinky tofu, which is just one of the many tofu delicacies available in the small town. 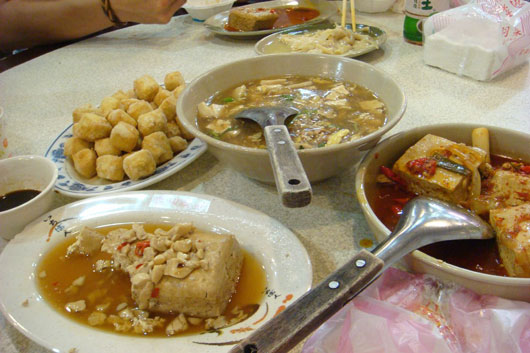 Variety of tofu dishes in a Shenkeng restaurant (Image by Vita)

Pingsi is a small town in eastern Taipei County which used to be an important coal mining area. The town is a popular weekend getaway these days, famous for its nostalgic old streets and sky-lanterns.

Taipei City Hall Square was the pitstop of the 4th leg of the race. Malaysian team Ida and Tania was the first to arrive, while Indian father-son team Kapil and Niroo was eliminated for coming last.

The pitstop of the 5th leg was at Taiwan Astronomical Museum. Hong Kong team Sam and Vince came first, while Thai team Mai and Oliver eliminated.

This will be the final year of my 30's. Time flies, and it seems to fade faster as one gets older. This post is a bit of recap of my adult life and some future … END_OF_DOCUMENT_TOKEN_TO_BE_REPLACED

Trailer for American film Top Gun: Maverick, a sequel to 1986's Top Gun. Beautiful is not the usual word to associate with action movies, but I cannot find a better … END_OF_DOCUMENT_TOKEN_TO_BE_REPLACED

Malaysia will be in lockdown from March 18 to March 31, 2020, to deal with the Covid-19 situation. Officially it's a Movement Control Order (MCO) but it's … END_OF_DOCUMENT_TOKEN_TO_BE_REPLACED

Korean pop idol Sulli, former member of girl group f(x), was found dead at her home on Monday. Authorities are investigating the cause of death, and it's presumed … END_OF_DOCUMENT_TOKEN_TO_BE_REPLACED

Singapore has imposed the circuit breaker measures to curb the spread of Covid-19 since early April. They announced an extension (until June 1) and some new rules a … END_OF_DOCUMENT_TOKEN_TO_BE_REPLACED

A cute photo series amidst the Covid-19 lockdown in Malaysia. Armed forces are present to assist the police to enforce the Movement Control Order (MCO) across the … END_OF_DOCUMENT_TOKEN_TO_BE_REPLACED