Korean pop group T-ara has officially opened their online fashion mall, T-aradotcom, on March 16. The members are also starring in a reality show with the same title, but I’m not 100% sure if the two projects are directly linked or not. 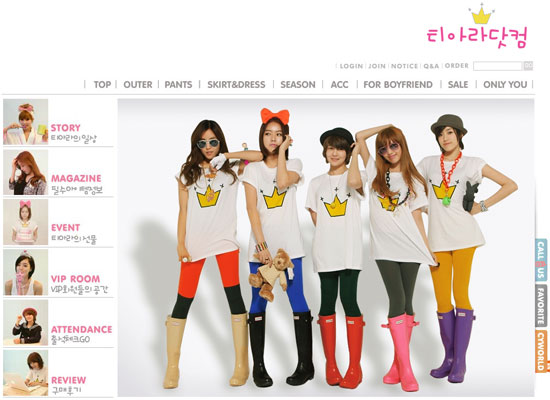 T-ara’s popularity is soaring in the past few months with hit songs Bo Beep Bo Beep and Go Crazy Because of You, so the timing is right for them to branch out.

[Update] The project was successful at first, but seems like the hype has faded (perhaps they want to focus on singing instead), and the site is no longer active.