Taroko National Park was supposed to be one of the highlights during my Taiwan tour, but it turned out to be a huge disappointment.

Most of the scenic spots could only be fully viewed via foot trekking… and we didn’t have the luxury to do so due to time constraint. Well, that’s the downside for travelling via an organised tour. 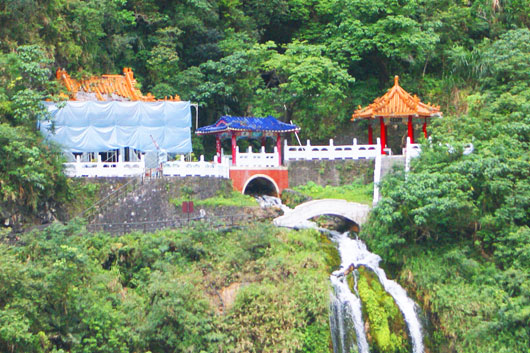 The Eternal Spring Shrine was one of the very few highlight scenic spots we visited, and this too was under renovation during our visit… it’s not our day obviously

The Eternal Spring Shrine (also known as Changchun Shrine) was built commemorates the 212 personnel, mostly military veterans, who died during the construction of the Central Cross-Island Highway (1956~1960).

The 198 kilometres highway, which connects the east to the west of Taiwan, was one of the most ambitious construction projects at that time, with people opening tunnels and clearing tracks at stiff cliffs using just primitive tools like axes and chisels etc. 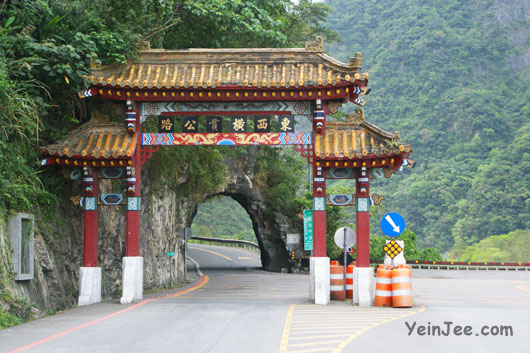 The East Arched Gate of the Central Cross-Island Highway

This gate is the eastern entrance to Taroko National Park and could be seen in many Taiwanese movies made from 1960s to early 80s. Most of the Taiwanese stay on the west coast of the island; and the gate was often used to symbolise the end of a long journey for travellers from the west coast to the eastern cities like Hualien etc. 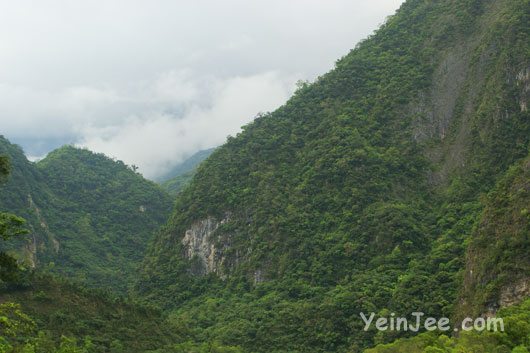 Although we didn’t manage to get to the highlighted spots, the scenic scene
around the area was pretty nice nonetheless

This will be the final year of my 30's. Time flies, and it seems to fade faster as one gets older. This post is a bit of recap of my adult life and some future … END_OF_DOCUMENT_TOKEN_TO_BE_REPLACED

Been planning for a while to make Japan my next big trip destination. Seems like its not happening soon because of other commitments. And I want to avoid the … END_OF_DOCUMENT_TOKEN_TO_BE_REPLACED

Scanned picture of a 1998 cover of the Victoria's Secret swimwear catalogue. The models are Stephanie Seymour, Daniela Peštová and Tyra Banks - the first generation … END_OF_DOCUMENT_TOKEN_TO_BE_REPLACED

Trailer for American film Top Gun: Maverick, a sequel to 1986's Top Gun. Beautiful is not the usual word to associate with action movies, but I cannot find a better … END_OF_DOCUMENT_TOKEN_TO_BE_REPLACED

Singapore has imposed the circuit breaker measures to curb the spread of Covid-19 since early April. They announced an extension (until June 1) and some new rules a … END_OF_DOCUMENT_TOKEN_TO_BE_REPLACED

A cute photo series amidst the Covid-19 lockdown in Malaysia. Armed forces are present to assist the police to enforce the Movement Control Order (MCO) across the … END_OF_DOCUMENT_TOKEN_TO_BE_REPLACED

Malaysia will be in lockdown from March 18 to March 31, 2020, to deal with the Covid-19 situation. Officially it's a Movement Control Order (MCO) but it's … END_OF_DOCUMENT_TOKEN_TO_BE_REPLACED

Korean pop idol Sulli, former member of girl group f(x), was found dead at her home on Monday. Authorities are investigating the cause of death, and it's presumed … END_OF_DOCUMENT_TOKEN_TO_BE_REPLACED