Animax Asia is set to make the world’s first same-time simulcast of an anime TV series with “Tears to Tiara”, premiering on April 6th simultaneously (same day, same time) to the series’ 1.35am (Tokyo) debut in Japan [more on Animax] 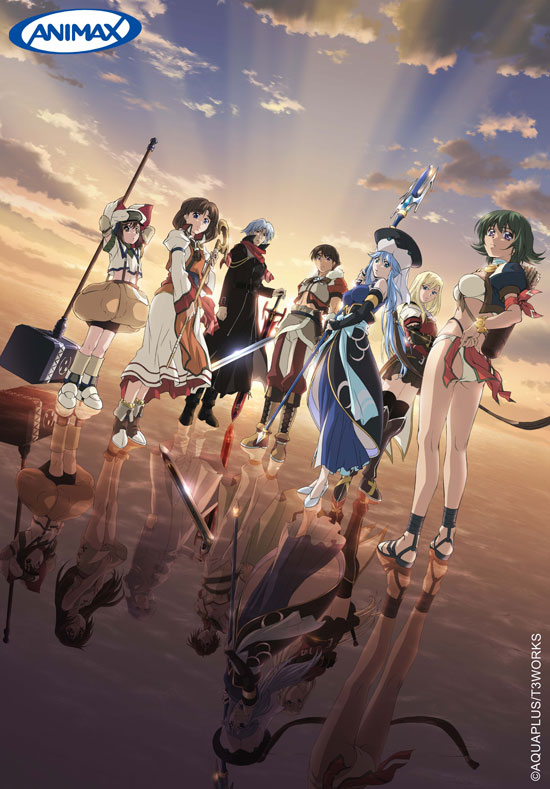 The anime industry is facing a losing battle to illegal downloads over the years; simulcast is seen as a way to tackle the problem, as one of the biggest reasons for illegal downloads is that animes are often broadcast at least a few months overseas after its premier in Japan…

With the ease of file sharing (torrents etc.) over the internet, lots of the anime fans won’t bother to wait until the shows are aired legitimately in their local TV channels, but chose to download it online despite the possible legal issues.

Simulcasting is not a new thing; set aside live event telecast, simulcast of TV programs probably popularised a decade ago by the reality show craze (“Survivor”, “Amazing Race” and “Idols” etc) where it’s vital that oversea viewers could watch the shows almost the same time with the original broadcast.

The anime industry has only been testing the idea for the past couple of years though; and Animax’s statement that ToT is the first same-time anime simulcast should be a valid claim, as most of the simulcast anime (and the reality shows) are aired on the same day, but a few hours late.

Tears to Tiara is an anime series adapted from a role playing game, about a young girl’s adventure with a ‘demon king’ that she released from a 1000-year-old seal.

This will be the final year of my 30's. Time flies, and it seems to fade faster as one gets older. This post is a bit of recap of my adult life and some future … END_OF_DOCUMENT_TOKEN_TO_BE_REPLACED

Trailer for American film Top Gun: Maverick, a sequel to 1986's Top Gun. Beautiful is not the usual word to associate with action movies, but I cannot find a better … END_OF_DOCUMENT_TOKEN_TO_BE_REPLACED

Malaysia will be in lockdown from March 18 to March 31, 2020, to deal with the Covid-19 situation. Officially it's a Movement Control Order (MCO) but it's … END_OF_DOCUMENT_TOKEN_TO_BE_REPLACED

Korean pop idol Sulli, former member of girl group f(x), was found dead at her home on Monday. Authorities are investigating the cause of death, and it's presumed … END_OF_DOCUMENT_TOKEN_TO_BE_REPLACED

Singapore has imposed the circuit breaker measures to curb the spread of Covid-19 since early April. They announced an extension (until June 1) and some new rules a … END_OF_DOCUMENT_TOKEN_TO_BE_REPLACED

A cute photo series amidst the Covid-19 lockdown in Malaysia. Armed forces are present to assist the police to enforce the Movement Control Order (MCO) across the … END_OF_DOCUMENT_TOKEN_TO_BE_REPLACED