An old photo from late 80s, featuring a few of the very top Chinese pop stars then. Regrettably three of them were gone at considerably young age… 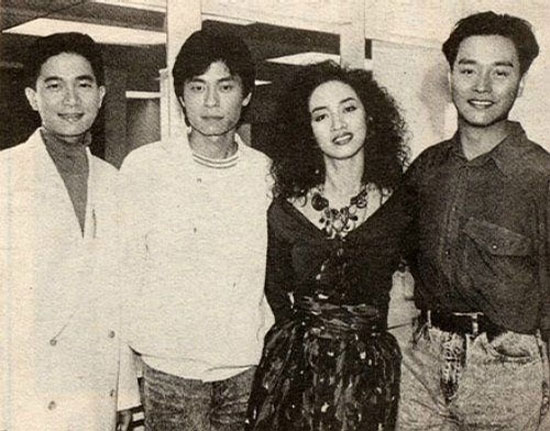 Danny Chan’s mysterious death in 1993, aged 35, still puzzles many. Leslie Cheung took his life a decade later on April Fools’ Day in 2003 when he was 46. While Anita Mui lost her battle against cancer later in the same year at age 40.

Dave Wong, the youngest of all, is now 47. He has recently announced that he’s retiring from the showbiz in late 2010 after completing his current tour.

It’s the end of an era. How time has passed.