The Chinese folks in Dongguan city, Guangdong province, were trying to emulate the famous Spanish La Tomatina festival by creating a tomato festival of their own.

The festival was organised by Dongguan Tourism Bureau. An estimated 10,000 crowd took part in the food fight at Dongguan’s South China Mall on Sunday (Oct 19), with 15 tonnes of softened fresh tomatoes being used for the ‘war’.

The tomato battle has drawn quite some criticism online though; lots of Chinese netizens are critical about the food wastage, while some are questioning the logic to mimic a western festival when their own culture is not being fully promoted. 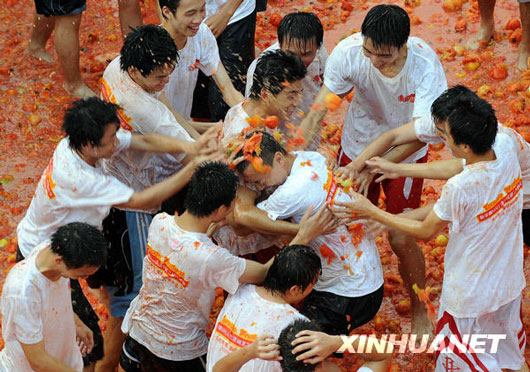 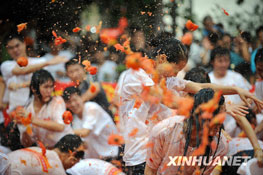 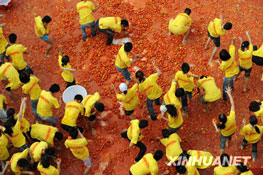