Samgyetang – literally ginseng chicken soup – is an iconic Korean dish which consists of a whole young chicken stuffed with glutinous rice plus Korean ginseng and boiled with some other oriental herbs. 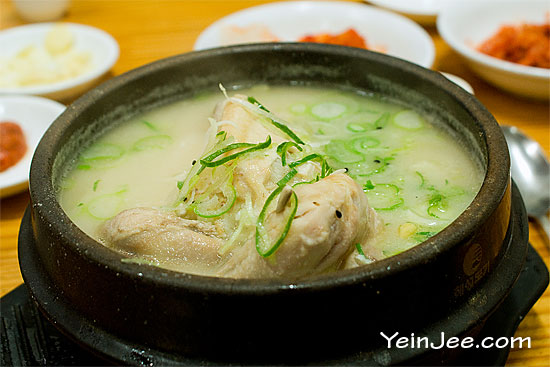 Pretty nice stuff with great taste and aroma; if you like oriental herbs (or chicken soup) you’ll love this for sure. The dish is traditionally eaten during summer, but I find it comforting to have during winter as it really warmed up the body.

The samgyetang was 13,000 won (~US$13) per bowl. We were lucky to get in there just minutes before a tourist bus dropped of its passengers; and there’s still a long waiting line when we left as customers kept arriving. 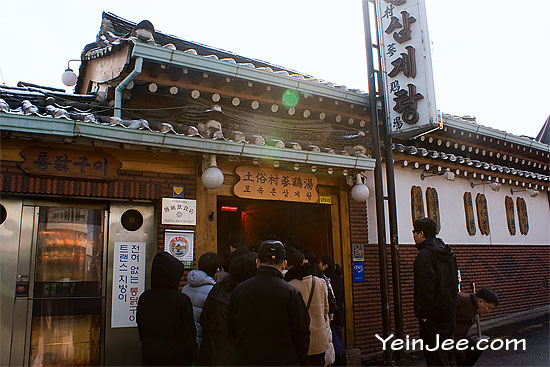