Tower of London – often said to be a must visit destination in the English capital. The place was already closing when I reached there during my 2005 trip… not that I planned to go in anyway; somehow I have no interest with its main attractions. 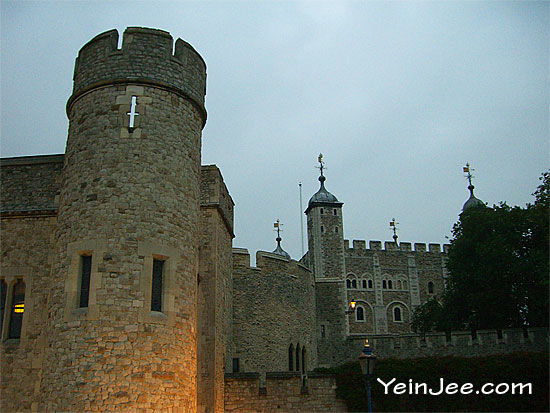 Tower of London is not really a tower; it’s more of a complex instead. It was built as a fortress by William the Conqueror in 1078 and was named the White Tower. Its main attraction is probably the Crown Jewels which have been kept there since 1303.

There’s also the legend of Tower Ravens, that if the ravens left the tower, the tower would fall and a great disaster befall the Kingdom. Till these days, at least six ravens are kept within the tower compound at all time [via Historic-uk].

Tower of London was also used as a prison for royals, nobles and religious dissidents in the past. The tower is often said to be one of UK’s most haunted places because of the large number of prisoners executed here.