These expensive grapes are a new variety called the Ruby Roman; nurtured by the Kaga Fruit Land in Ishikawa. It’s said to be the largest grapes in Japan, about 3cm in diameter. The average price for the Ruby Romans at Monday’s auction was about 27,000 yen ($248) per bunch. [via Nikkei] 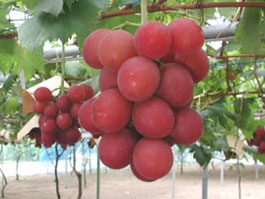 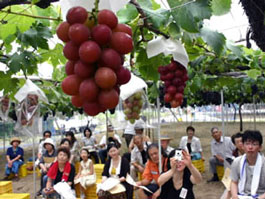 The Ruby Roman grapes (Image from Rubyroman and Chunichi)

Check out some other expensive Japanese fruits… the Yubari cantaloupes and the Densuke watermelons.