The water puppet shows are predominantly in Vietnamese (language) and showcase the folklores and legends in Vietnam. Thang Long Water Puppetry Theatre near Hoan Kiem Lake in Hanoi is probably the most famous place to watch the show.

I was lucky to get a seat during my Hanoi tour in July 2008, as there was only a few seats left when I purchased the ticket. It’s advisable for future visitors to get the tickets early in the day before going to the show in the afternoon/evening. 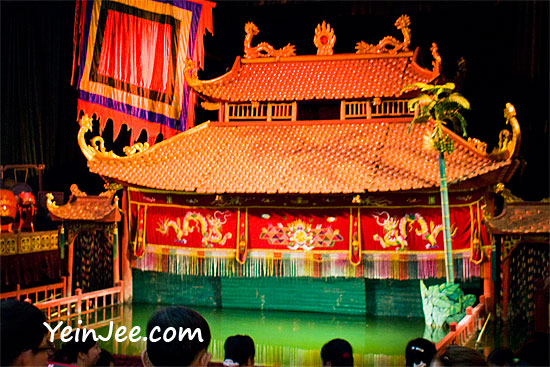 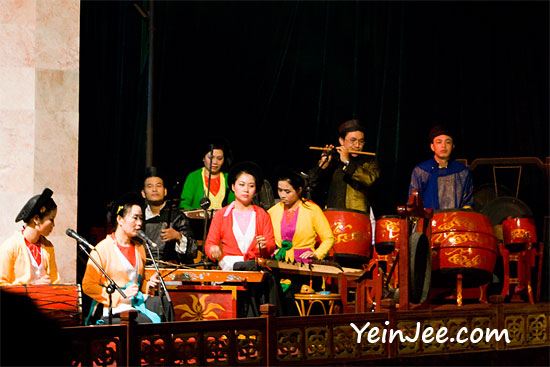 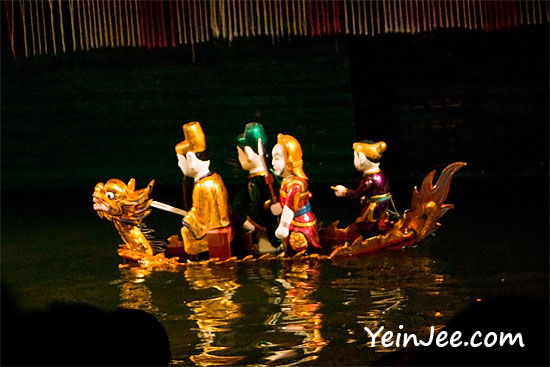 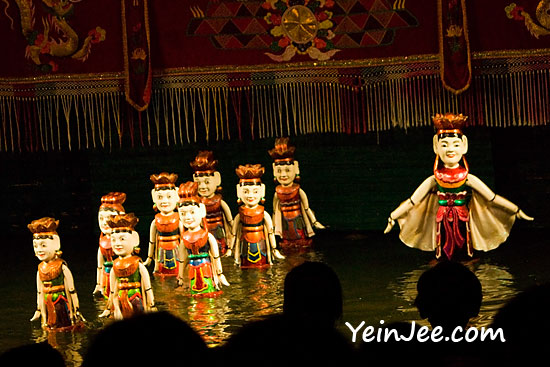 To be honest, I slept at the middle of the show… my fault though; the air-conditioned theatre was a bit too comfortable in contrary with the scorching 34°C summer heat outside. Apology to my neighbouring audiences if I snored unintentionally :p

Still, I managed to watch large part of the performances. The traditional music and puppetry were truly one of a kind; it was a wonderful cultural experience despite not understand a single word… worth a go for Hanoi visitors.