Korean celebrity couple Jang Dong-gun, 38, and Ko So-young, 37, tied the knot today in a ceremony which is described by some as the wedding of the century. 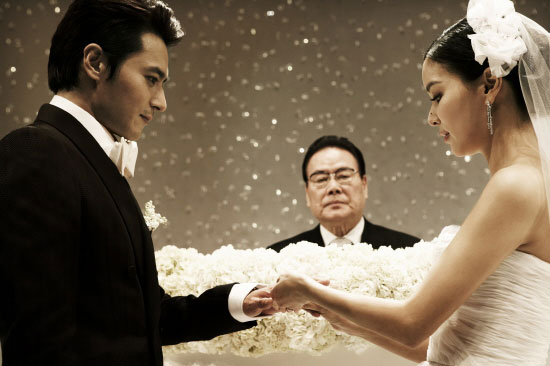 Jang is one of the top Korean actors for the past decade; while Ko is relatively inactive but still one of the highest paid actress to appear in a TV commercial. 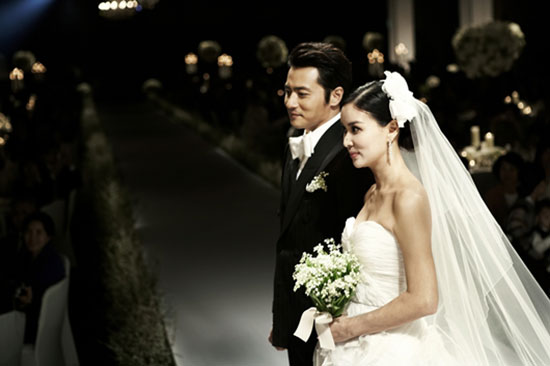 The couple became friends when filming drama Love Wind, Love Song in 1998, but only got into serious relationship two years ago. They are expecting their baby in a few months time, so it’s double celebration… double congrats lol?

[Update] Check out some celebrity guests pics at next post.