Photo of the Wedding Palace in Ashgabat, the capital city of Turkmenistan. The eleven-storey building is a civil registry centre. It’s constructed by Turkish company Polimeks and opened in 2011. 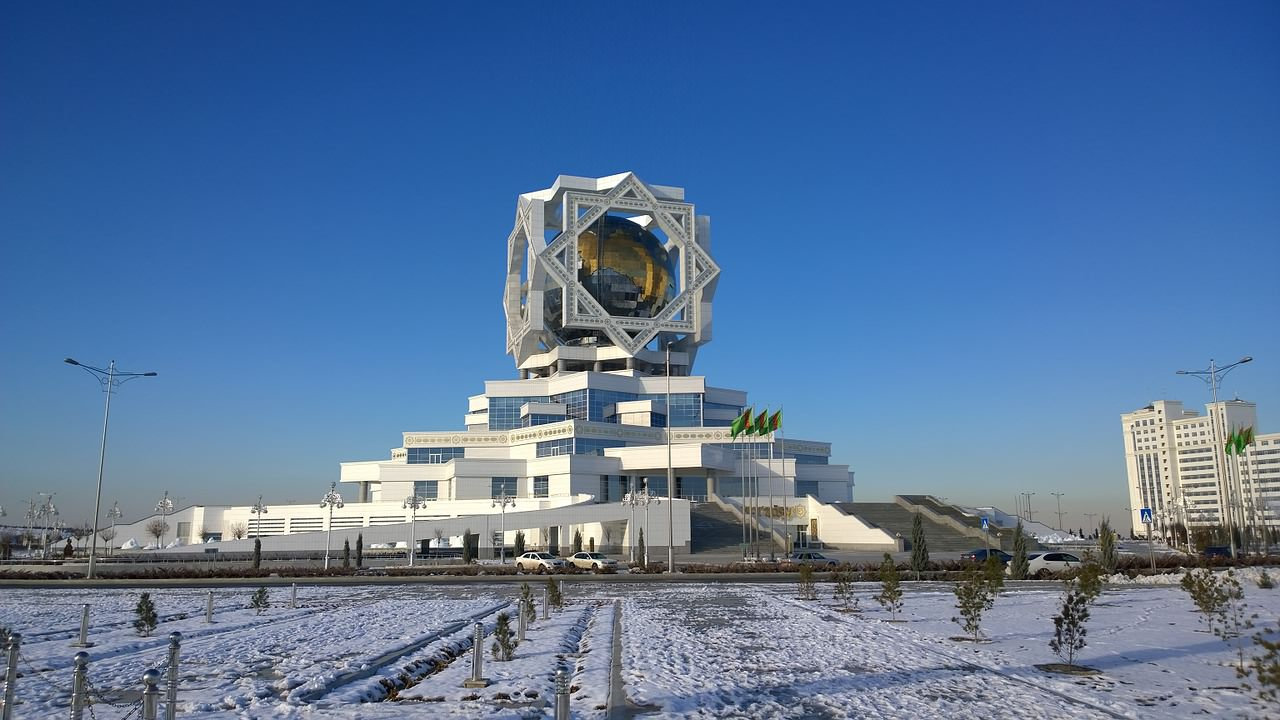 Besides registration of marriage and other civic services, the “palace” has wedding halls, banquet rooms, and a hotel. It also has boutiques and shops that provide essential items for a proper wedding.

The cube on top has the form of an eight-pointed star on each side. The star is a common Islamic geometry pattern; it’s also the background of the national emblem of Turkmenistan. The shiny “ball” at the centre of the cube depicts planet earth, not sure what’s the hidden meaning behind that though.

Interesting architecture regardless. It’s a mix of traditional and futuristic elements.