A young man from central China’s Henan Province has asked his barber to cut his hair into the shape of eight Chinese characters – 庆香港回归十周年 – which literally means “Celebrate 10th Anniversary of Hong Kong’s Return.” 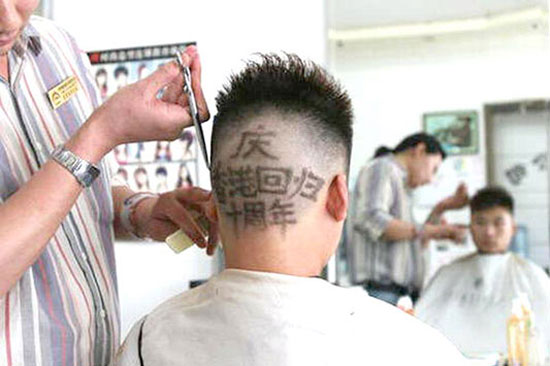 The resident of Kaifeng city wants to express his excitement about the 10th anniversary of Hong Kong being returned to China from British administration [via Cri].

Kudos to the barber for the nice cut. I can’t even write as neat with a pen lol.