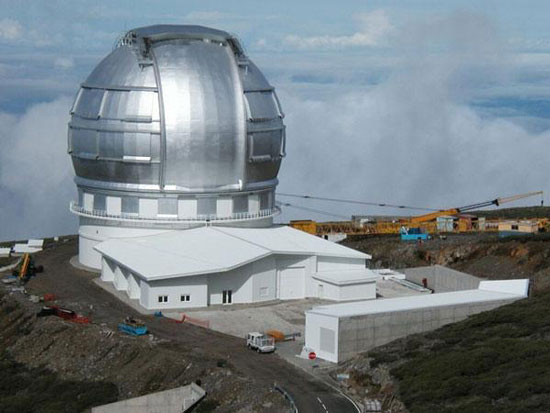 The huge observatory (with 10.4 metre telescope) is built atop a mountain on the island of La Palma, part of the Canary Islands. It costs $180 million and seven years to construct. The GTC is doing test observations at the moment, with science observations intended to begin in about a year. Image from GTC, via Newscientist.