2016 participants (1008 reflexologists and 1008 tourists) have set a new Guinness World Record in Taiwan on July 1 for having “most people receiving foot massage (reflexology) simultaneously.”

Tourists who volunteered for the event came from various countries, including Japan, Korea, Singapore, Malaysia and Hong Kong etc. 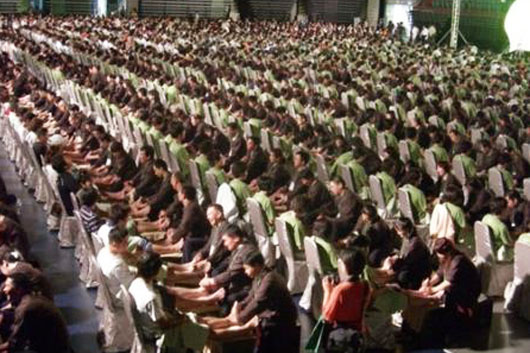 The attempt was organised by Taiwan Tourism Bureau to promote health tourism Reflexology is a popular practice in Taiwan for relaxation and improving general health; the activity is gaining popularity among foreign tourists in recent years.

There were no previous attempts made on this category; Guinness have set the requirement to have at least 400 participants with treatment for at least five minutes on each foot… which were met by the folks without much sweat.